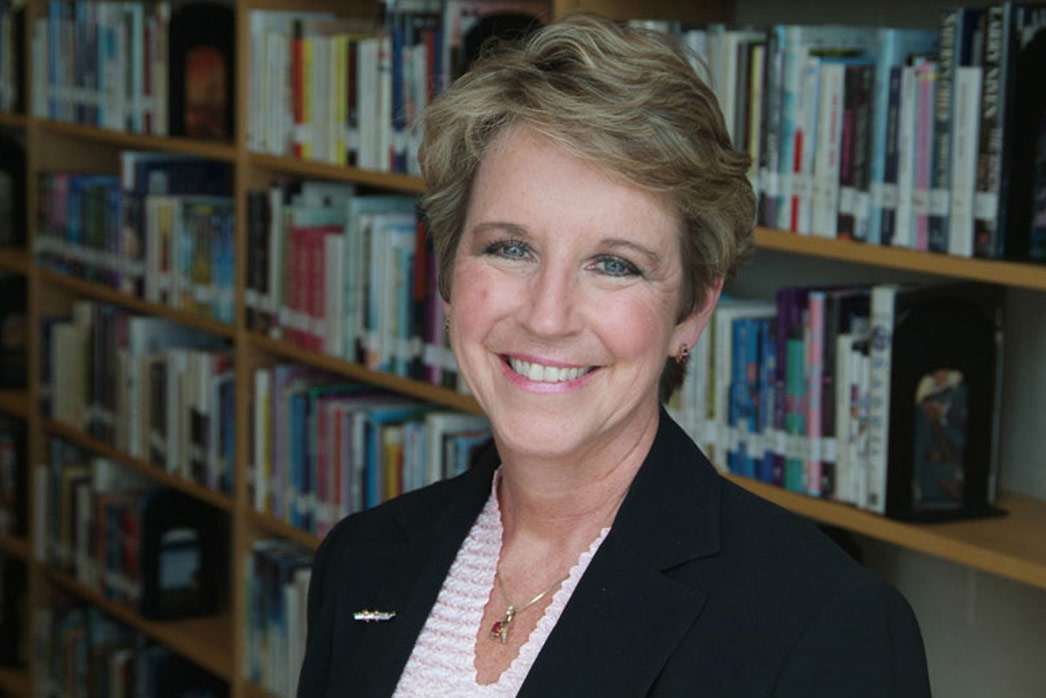 Dr Sandy Husk, CEO of AVID, delivered the annual keynote at the 2016 Summer Institute. Below is a short biography which appeared in the program.

When Dr Sandy Husk became CEO of AVID in 2014, the program had been in existence for over 30 years, impacting the lives of millions of students. In Sandy, the AVID Board of Directors appointed a very experienced educational leader with an 18 year track record as a superintendent in three school districts across the America.

Sandy was always destined to work in education, with the desire to pursue a career in teaching firmly crystallising for her at the early age of nine. With her years of experience in implementing AVID as a superintendent and the prospect of what AVID can help students achieve globally, she was not only primed for this new challenge but brought to it a clear vision. In her first address to AVID staff, she set AVID the goal of aspiring to make a difference to the lives of more than 2,000,000 students. At the time, AVID had 700,000 students across America. Only three years later, AVID is about to extend its impact to 1,500,000 students in the United States, more than double the amount of students AVID impacted prior to her appointment. This is a remarkable achievement and evidence of her deep understanding of how to close achievement and opportunity gaps can be found throughout her career.

Sandy’s first job in education was as an elementary (primary) teacher. She lived at home and worked nights to save enough money to attend graduate school. She eventually enrolled at the University of Colorado in Boulder and completed her master’s degree in guidance and counseling while substitute teaching, and then worked as both a teacher and a counselor in Colorado schools. In later years she would go on to earn her doctorate in administration, curriculum, and supervision at the University of Colorado in Denver, all while simultaneously moving swiftly through the administrative ranks.

Her first position as superintendent came in Adams County, Colorado, with the Mapleton Public Schools district. The appointment also coincided with her first contact with the AVID program. A principal in her district sought to implement AVID to reinvigorate their school. Sandy approved of the initiative and AVID delivered. The “amazing transformation” she saw took place convinced her of AVID’s credentials. Her stay at Mapleton lasted five years before she moved on to Clarksville-Montgomery County Schools in Tennessee for another five year placement as superintendent. The school districts changed but one thing remained the same: AVID always “improved [teachers’] instruction and ultimately, student performance,” Sandy reported. Her next role was to be in Oregon as the superintendent of the second largest school district in the state, Salem-Keizer.

Salem-Keizer
The Salem-Keizer school district included over 40,000 students, 60% of which qualified for free or reduced lunch (a measure in the USA to identify students from low SES backgrounds), 25% spoke a language other than English (mainly Spanish), 13% had special education needs, and 10% were seen as gifted and talented. This district was almost a microcosm of the environment for which AVID had been designed. Believing firmly in the potential of every child and that it is the job of every educator to also “believe in, and develop, that potential”, AVID once again proved to be the perfect match for her plan of transformation. The graduation rate went up, the dropout rate declined, and so too did discipline referrals. Attending university started interesting more students and many of those eventually enrolled.

The change that occurred in the community is captured in a story about an AVID student presenting to the school board. “After the student’s heartfelt presentation, his father came to pick him up to take him to his wrestling match. As they were leaving the boardroom, the father interrupted the meeting on his way out. ‘You’ve changed this family’s life,’ he told the board members proudly, ‘not just this kid’s life,’” recalled Sandy. After her time at Salem-Keizer, it was clear that her personal values and commitment made her exactly the right person to take AVID forward.

Where to next
As we welcome Dr Sandy Husk to Australian shores, it’s worth taking note of this new era we, as AVID educators, have embarked on: an era of global expansion and student success. Ever since Mary Catherine Swanston’s first 32 students started AVID in 1980, up to the present day proliferation across 16 countries and territories, AVID has and continues to believe in the power of any teacher to change lives of their students for the better. Crossing the Pacific may mean that we spell ‘organise’ with an ‘s’ and that we add a ‘u’ to ‘rigour’, but the promise and the potency of this program transcends borders. No matter where you find yourself in the world, the following remains true: “By improving the performance of educators, AVID increases opportunities for all students.”

And it’s here at Summer Institute where AVID provides teachers with the inspiration and support to carry out their job to the best of their abilities for the benefit of every student in their class.

We thank Sandy for supporting the advancement of AVID across Australia. Her understanding of the similar learning and teaching challenges that we also encounter here make AVID part of the suite of solutions we can provide to schools in Australia. We look forward to building more opportunities to partner with US schools and AVID Center in 2017.

AVID Australia acknowledges the Traditional Custodians of the land on which we work, the Wurundjeri people of the Kulin Nations and pay our respects to Elders past, present and emerging.

Want to learn more about AVID?